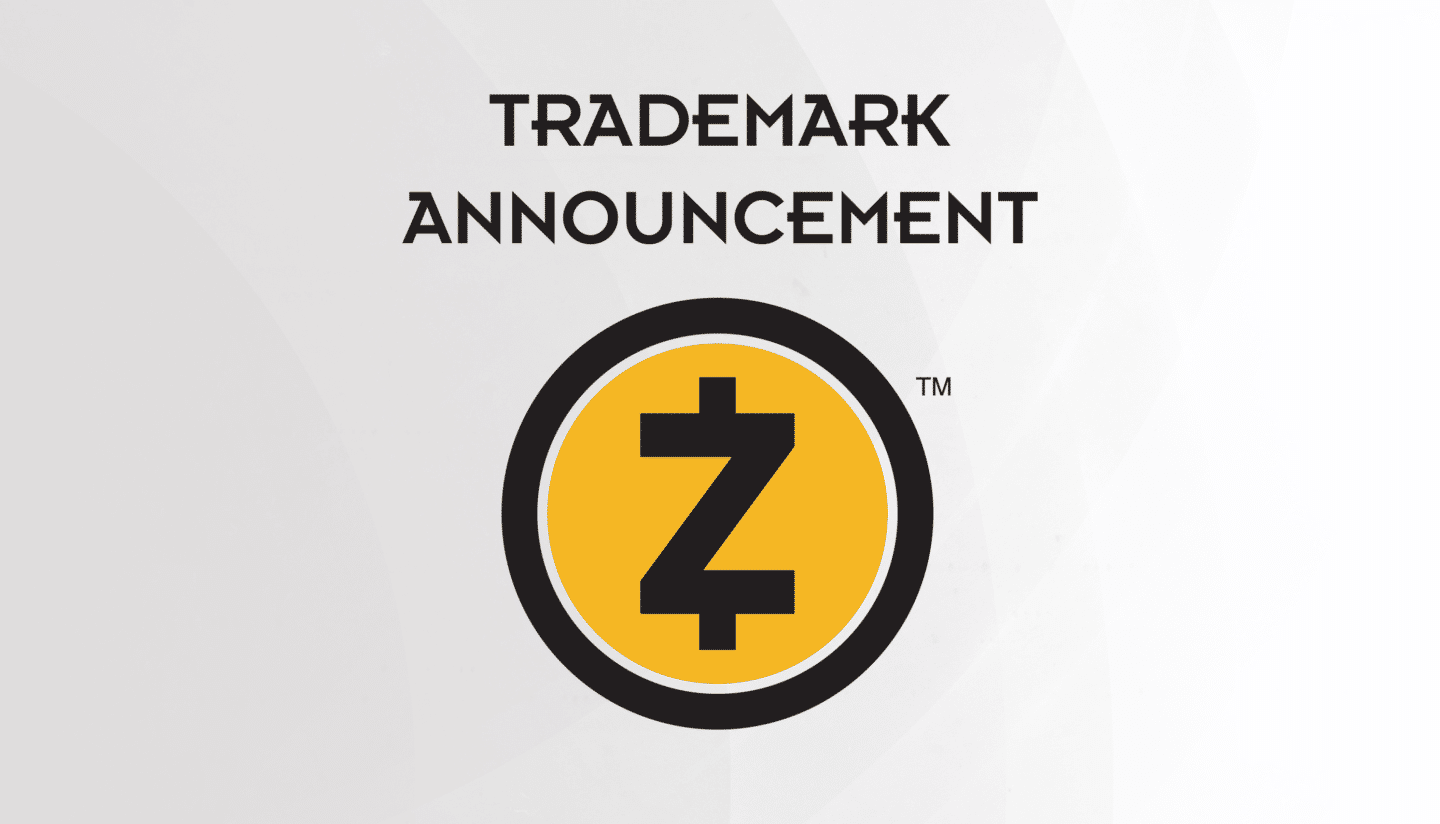 The Electric Coin Co. (ECC) is passing the Zcash trademark to the Zcash Foundation, an independent nonprofit that focuses on financial privacy, Zcash development and community engagement.

The contract was signed and executed Wednesday, Nov. 6.

ECC created and launched the Zcash digital currency in 2016 — three years ago last week — and has continued to support the project through research and development, engineering, awareness and education, third-party adoption, and regulatory relations. ECC will continue this work, but it hands over the responsibility for trademark registration and protection — which, since 2016 has required over 500 hours and more than a quarter of a million dollars — to the foundation.

The move is the culmination of months of negotiations, and it helps advance two of ECC’s primary objectives: to further decentralization and to honor and protect the community’s voice with regard to the future of Zcash.

In the spirit of transparency, you can read the full agreement here. Some items of interest and import are summarized below.

Rights to the trademark: The foundation grants non-exclusive trademark rights back to ECC, and both parties will be required to sign off on any other party’s request to license or use the trademark.

Network upgrades: Under this new agreement, as mentioned above, both parties must agree on any network upgrade that is intended to create the new consensus protocol of Zcash. If the parties disagree, and the disagreement cannot be resolved before activation of the network upgrade, the chain splits and neither implementation — neither the new one nor the existing one — can be called Zcash.

If this happens, both the Zcash Foundation and ECC could lose trademark rights related to the Zcash name. And while each party would have the right to advocate for the adoption of its preferred implementation of the blockchain, they will have to do so using different currency names, ticker symbols and logos.

Stewardship: The Zcash Foundation is responsible for the upkeep and protection of the Zcash trademark. If it neglects this duty (e.g., if applications are not filed, if records are not properly maintained, or if infringements are not pursued), ECC, with proper notice, has the right to step in and assume these responsibilities. Even so, the trademark would remain with the foundation, unless breach of contract could be proven.

Community voice: Neither party is permitted to take actions that are blatantly contrary to the clear consensus of the Zcash community. “Clear consensus” will be determined by evidence agreed to by both parties. If there is a disagreement, it will be handled according to dispute resolution requirements in the contract.

Digital assets: For the time being, ECC will continue to maintain and support the z.cash website, z.cash domain name, @zcash Twitter account, and other Zcash social media accounts and news distribution services.

Why this agreement is important

A trademark communicates who or what you are, subsumes reputation, and distinguishes one product or idea from any other of its kind. It is a signal to consumers, investors, merchants and others that they can trust the product to be authentic. In the case of Zcash, the trademark protects the community from scammers and gives legal force to governance decisions by guaranteeing that the Zcash name is applied to the correct blockchain.

The Zcash Foundation does critical work on Zcash and within the Zcash community. Their efforts and dedication — and that of others in the community — is vital to the cause of privacy and our mission to empower all people with economic freedom and opportunity.

With this trademark agreement, the Zcash Foundation and the Electric Coin Co. have strengthened the brand, fortified legal protections and enhanced the power of the community’s voice.