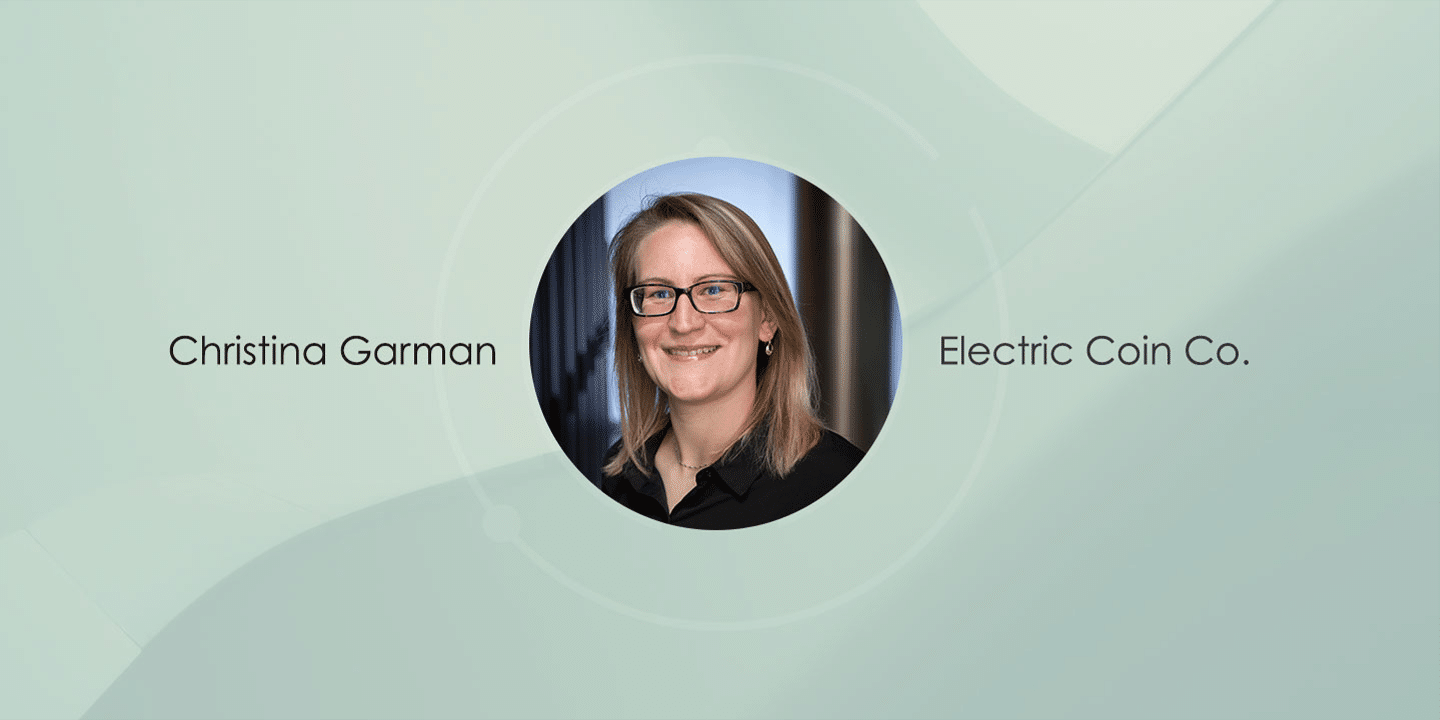 Electric Coin Co. is pleased to announce our newest board member, Christina Garman. Garman was one of the seven scientists who invented Zerocash, the protocol that would eventually be called Zcash.

She brings strong technical expertise in cryptography and zero-knowledge proofs to the board, which she hopes to leverage to help drive the broader adoption of Zcash and ECC technical innovations.

”By pushing the company’s existing technical strengths and expertise, as well as the excellent team we’ve built thus far, I believe that we can expand Zcash to bring privacy to new and exciting domains,” she said. “My eventual hope is that Zcash can bring the fundamental privacy that people expect from physical cash to the online world and cryptocurrency ecosystem.”

Garman received an NSF CAREER Award in 2021, and her work has received a best paper award at ACM CCS and been featured in numerous media, including The Washington Post, The New York Times, Wired, and The Economist.

Garman earned her MS and Ph.D. from Johns Hopkins University, where she was advised by Matt Green, another original Zerocash developer. Her undergraduate degrees are in computer science and mathematics, with a minor in physics, from Bucknell University.