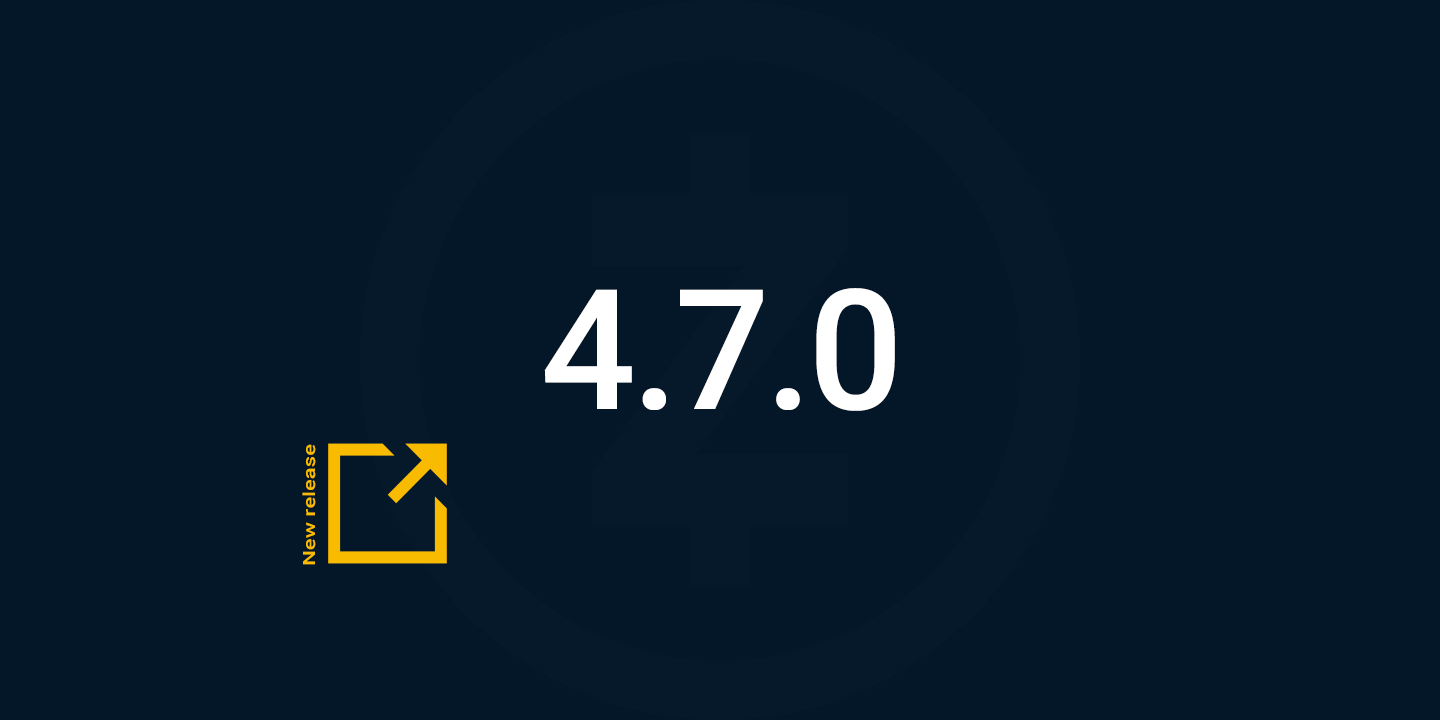 Release 4.7.0 marks a major milestone on the path to NU5. It enables full support for the Orchard shielded protocol and Unified Addresses on testnet. Unified Addresses can also start being used on mainnet, but funds cannot be sent to an Orchard receiver until NU5 activates on mainnet. Release 4.7.0 will also reactivate NU5 on testnet to pick up the latest consensus changes. That reactivation is set to occur on or about April 22nd. The Zcash Schedule page has been updated to reflect the 4.7.0 release as well as the testnet reactivation timing.

Pre-packed Linux binaries for 4.7.0 will be available later today.

NOTE: All testnet nodes that have been running on testnet above height 1599200 will need to upgrade to v4.7.0 and then run with -reindex and -rescan.

To support the aforementioned testnet consensus changes, the following changes are made in zcashd v4.7.0:

As mentioned above, all testnet nodes that have been running on testnet above height 1,599,200 will need to upgrade to v4.7.0 and then run with -reindex and -rescan.

Following the upgrade to 4.7.0, Zcashd will require that the user confirm that they have backed up their new emergency recovery phrase, which may be obtained from the output of the z_exportwallet RPC call. This confirmation can be performed manually using the zcashd-wallet-tool utility that is supplied with this release (built or installed in the same directory as zcashd). The wallet will not allow the generation of new addresses until this confirmation has been performed. It is recommended that after this upgrade, funds tied to preexisting addresses be migrated to newly generated addresses so that all wallet funds are recoverable using the emergency recovery phrase going forward. If you choose not to migrate funds in this fashion, you will continue to need to securely back up the entire wallet.dat file to ensure that you do not lose access to existing funds; EXISTING FUNDS WILL NOT BE RECOVERABLE USING THE EMERGENCY RECOVERY PHRASE UNLESS THEY HAVE BEEN MOVED TO A NEWLY GENERATED ADDRESS FOLLOWING THE 4.7.0 UPGRADE.

In the case that your wallet previously contained a Sapling HD seed, the emergency recovery phrase is constructed using the bytes of that seed, such that it is possible to reconstruct keys generated using that legacy seed if you know the emergency recovery phrase. HOWEVER, THIS RECONSTRUCTION DOES NOT FOLLOW THE NORMAL PROCESS OF DERIVATION FROM THE EMERGENCY RECOVERY PHRASE. Instead, to recover a legacy Sapling key from the emergency recovery phrase, it is necessary to reconstruct the bytes of the legacy seed by conversion of the phrase back to its source randomness instead of by hashing as is specified in BIP 39. Only keys and addresses produced after the upgrade can be obtained by normal derivation of a ZIP 32 or BIP 32 master seed using BIP 39.

The zcashd wallet has been modified to alter the way that change is handled. In the case that funds are being spent from a unified account, change is sent to a wallet-internal change address for that account instead of sending change amounts back to the original address where a note being spent was received. The rationale for this change is that it improves the security that is provided to the user of the wallet when supplying incoming viewing keys to third parties; previously, an incoming viewing key could effectively be used to detect when a note was spent (hence violating the “incoming” restriction) by observing change outputs that were sent back to the address where the spent note was originally received.

License information in contrib/debian/copyright has been updated to be more accurate.