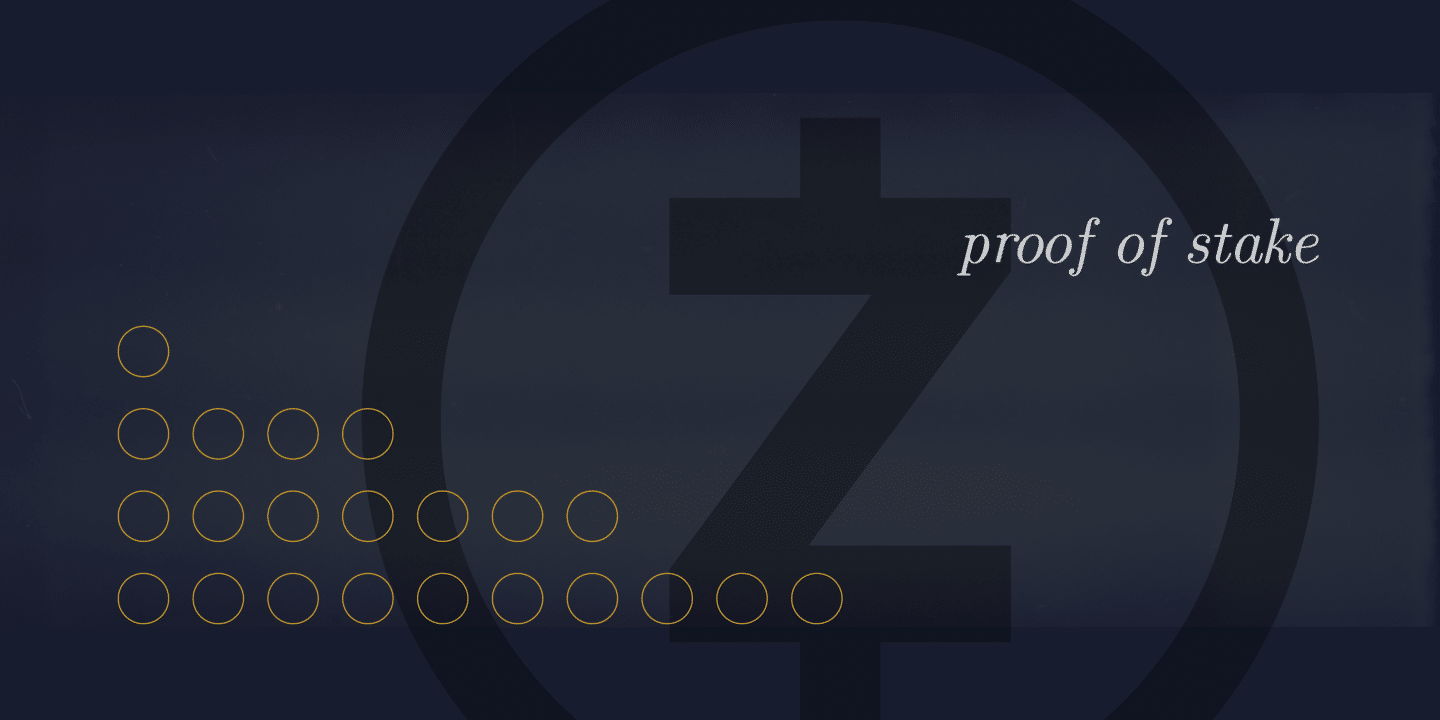 Zcash was created to provide economic (and social!) freedom for everyone. For some time, we at the Electric Coin Co. (ECC) have been thinking about whether switching from Proof of Work (PoW) to Proof of Stake (PoS) would better support that objective.

First of all, such decisions are not up to ECC. We make scientific discoveries, create cutting-edge technology, and write software that implements it. Whether Zcash itself changes is determined by whether the Zcash community chooses to run that software, and ultimately whether people around the world choose to accept and value the ZEC coins the software enables.

Zcash has been PoW since its inception, which resulted in the wide distribution of ZEC to people in all corners of the world. Originally it was possible for GPU owners to mine new ZEC, but in 2018 Bitmain released specialized Zcash hardware miners (ASICs) that made GPU miners obsolete. The Zcash Foundation led conversations with the community, who then decided to not move forward with changes that would make the protocol ASICs resistant. Today, we believe that almost all Zcash mining is done with ASICs miners.

While there are many who prefer PoW, I believe that PoS would make ZEC more valuable to more people! The benefits are great, and they far outweigh the drawbacks and risks. Here is why:

Switching to PoS eliminates the downward pressure on the price of ZEC and adds additional utility for ZEC.

This is important because ZEC is the engine driving the sustainable growth necessary to provide economic and social freedom for everyone. ZEC also enables capture-resistance; no adversary can buy off the Zcash community or redirect Zcash to serve its own special interests because the ZEC coin aligns all of us around a shared mission.

With PoW, miners must sell the coins they’ve earned to pay their costs (electricity and ASICs). This means there is a constant downward pressure on the price of ZEC and a matching upward pressure on the price of electricity and ASICs. There’s a sense in which the economics of PoW force all miners to become ASIC-and-electricity maximalists eventually. Today, Zcash’s PoW miners receive $300,000 worth of coins every day, almost all of which they have to sell. Over the course of one year, that adds up to about $100 million worth. In PoS, stakers can keep the coins they’ve earned and become long-term investors (“ZEC holders”). This would greatly add fuel to the fire of our shared mission. (Thanks to Dan Robinson from Paradigm for teaching me this important perspective.)

PoS adds utility to ZEC, giving people an additional thing that they can do with it. Today people use ZEC to buy goods and services at 500,000 retail locations around the world, to save their wealth against inflation and profligate central banks, to post to decentralized social networks, and to exchange encrypted love notes in the blockchain. Staking would add another option: contributing to the public good by processing and confirming other people’s encrypted transactions, and earning a reward for doing so. The more utility ZEC has, the greater the demand for it.

People worldwide believe that our Earth is being destroyed by global warming and that the energy used for PoW mining exacerbates that.

There are many people that have diverse opinions about whether PoW has a negative effect on the climate, including many of us within the Zcash community. Regardless of your opinion on this matter, a huge swathe of the population will always refuse to accept or use a coin based on PoW when more energy-efficient alternatives exist. And for Zcash to reach its potential as the global standard of money, it needs to be acceptable and useful to as many people as possible. If I believed that PoW was necessary for economic and social freedom then I would fight for that — but I don’t! I believe that switching to PoS is a win/win/win, and in fact is the best way to provide economic and social freedom for everyone.

PoS provides much better security and performance at lower cost.

In PoW, if miners were to defect and attack the system instead of supporting it, the community would have only two options: 1) suck it up and let them get away with it — and this has happened many times to PoW coins in practice, resulting in irrecoverable thefts from their users — or 2) destroy the value of all mining ASICs in the world by changing the PoW mining algorithm, thus punishing the PoW miners who loyally supported the protocol right along with the ones who attacked it. The latter has also happened to PoW coins in practice. In contrast with PoS, if stakers attack the system, the community can slash (destroy) only the coins of those stakers that participated in the attack. This, in turn, means that in PoW mining, the community has to overpay for security, because they can’t credibly threaten to punish defecting miners. So, instead they have to promise large future rewards to the miners to keep them loyal. In PoS, the community can get better security — including economic finality in which you can be sure that a payment you’ve received won’t be forked away — and performance at much lower cost.

Holders become users either by passively earning income by staking their coins, or by actively running validator nodes and earning income that way (depending on the details of how the PoS algorithm works). When Zcash ASICs came along and rendered Zcash GPU mining untenable, Zcash lost an estimated 90 percent of its user base. (Even after that loss Zcash remains one of the most widely used and most heavily used coins in the world.) Providing a way for ZEC holders to engage with and profit from the ZEC coin could increase the user base by 10x or — if the DeFi boom is any indication — even more. This would be a huge benefit for the usefulness, demand, and network effect for ZEC.

PoS increases the demand for ZEC because it supports novel new use cases.

The Zcash community — and ECC — are rapidly moving toward adding “Zcash Shielded Assets.” This would provide the ability for any other token to live as a guest token on the Zcash blockchain and benefit from the Zcash network’s unique advantages. But how would that benefit ZEC holders, and therefore how would it support the continuation and growth of the mission? With the right economic model, fees collected from users hosting other assets in Zcash shielded pools will directly benefit ZEC stakers and drive additional demand for ZEC.

PoS is more decentralized, attack- and capture-resistant, and egalitarian.

In PoW mining, only the biggest and most well-funded mining operations can consistently turn a profit. Smaller participants are driven out. With PoS, even a small-time ZEC holder can participate and can profit — without revealing their location or identity to anyone!

The bottom line for me is that switching Zcash from PoW to PoS offers many huge improvements to the utility, security, and decentralization of the Zcash network and to the utility and demand for the ZEC coin.

Stay tuned to the ECC blog for more on this topic in the coming weeks, including an AMA announcement and more detail on R&D considerations for PoS.