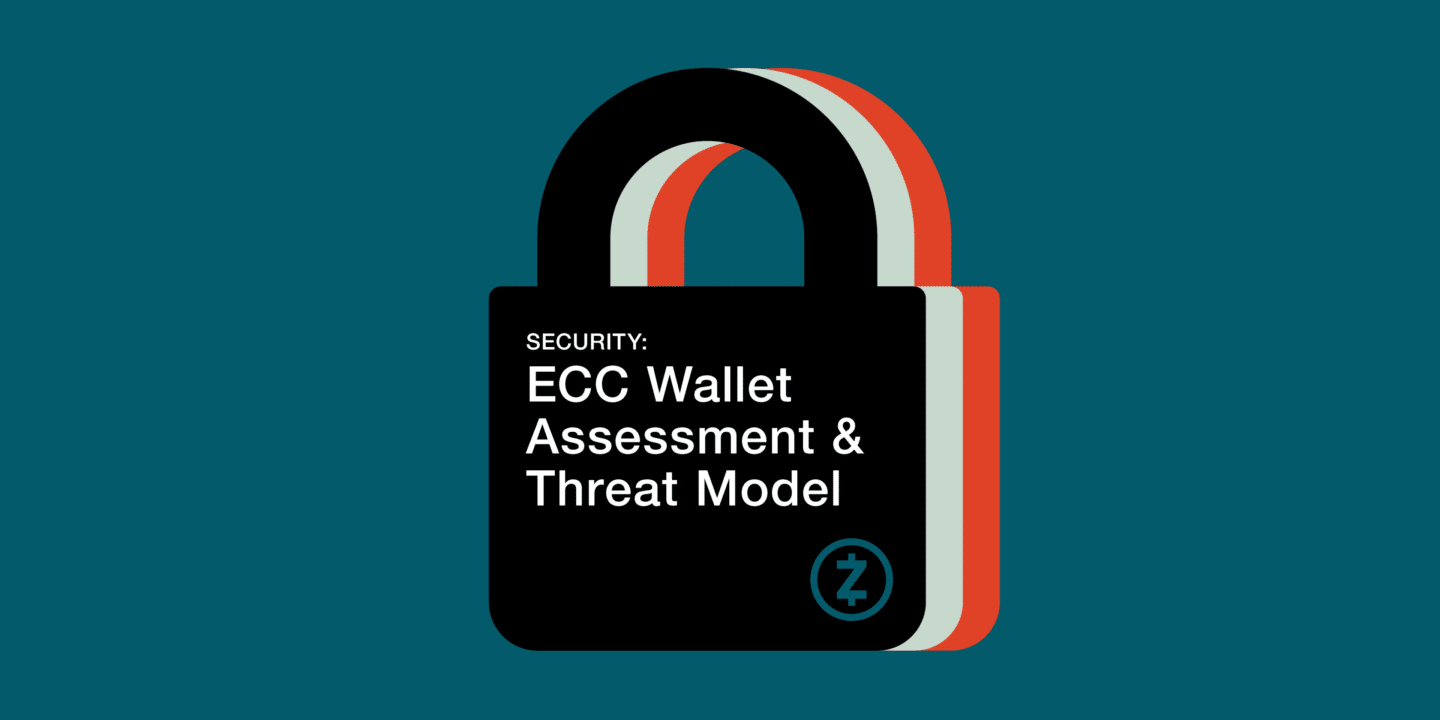 ECC open-sourced our work-in-progress iOS and Android Zcash wallets last week, so it makes sense for the ECC security team to provide some transparency into the work we’ve engaged in to help secure them appropriately. It’s been a continuous iterative process, and we’ve been working directly within the wallet team for months to drive, encourage and support the push for secure development. Prior to the release of the code, we performed an in-house security audit, the results of which we are making available now.

Our threat model for the mobile wallets and the SDKs was a huge help in prioritizing security issues against other user concerns and for communicating and aligning with the development team around security issues. It led to better security prioritization decisions and allowed us to safely save on implementing security or privacy properties that were too complicated or of otherwise little or no benefit to users (particularly when they might lead to overconfidence or a false sense of security).

The light wallet protocol that ECC’s example apps use has several known weaknesses that are documented in the threat model. A couple of them deserve to be highlighted here:

Fixing these problems will require research-backed improvements to the light wallet protocol.

Our internal security assessment focused on the example app codebases, looking for vulnerabilities that might be reachable by a malicious lightwalletd server through the light wallet protocol, by other users through the memo field, or by other apps installed on the same device. The assessment found a few moderate-severity vulnerabilities that were fixed right away, but no high-severity issues that could lead to theft of funds.

There was a bug in the Android wallet where the Zcash memo field could be used to control official-looking UI text saying where the transaction came from, which could potentially be used for social engineering attacks. The Android wallet also wasn’t checking the checksum in the BIP39 seed phrases, so it was possible for the user to make an error while restoring a seed, and the wallet wouldn’t detect the problem. All of these issues have been fixed in the current codebases.

On the iOS side, there was a bug caused by the use of null-terminated strings in the communication between the Swift code and librustzcash, so a Zcash address with a null byte followed by more data would pass validation. All of these issues have been fixed too.

Of the remaining issues, the ones we found most interesting are:

There are some more issues we don’t have the space to discuss here; we would love it if you read the full assessment report.

Our approach to threat modeling and testing

If you’ve seen threat models before, you’ll find that our approach looks a bit different.

Instead of focusing on threat actors (the attackers) like a typical threat model would, this one treats the security properties that users want and care about as the fundamental objects of discussion.

In this approach, there are two different ways a security vulnerability can exist:

We think that the result is a clear and simple threat model that is simpler to maintain and helps the team converge on a shared understanding of the software’s security properties faster.

The threat model was the driving force behind the decision to invest significantly in the “darksidewalletd” testing framework that was started by the security team and then adopted and built upon by the wallet team. It is a testing framework capable of recreating any on-chain activity without the need for generating the actual chain, from the perspective of the lightwalletd server. We use it to more comprehensively test for the wallets’ correct handling of rare block chain reorganizations.

In the future we plan to use it to write tests that harden the wallets against some of the attacks that can be carried out by a compromised or malicious lightwalletd server, that are described in the threat model.

Most of the security input we provide to the wallet team is done in real-time, directly and within their own workflows to provide maximum integration and effect. However, even with that proximity to developer workflow, given how high velocity the wallet team is, it’s not always possible to provide real-time security assessment, and so it often happens in batches. We thought it would be a good idea for user confidence, and to further ECC’s mission to provide general transparency, to provide some insight into that work by publishing a report on security findings resulting from analyzing the security of the mobile wallet example applications.

We welcome feedback from the community

Now that the apps are open-sourced, it is possible for anyone to take a look at the applications, our threat model, our analysis and results.