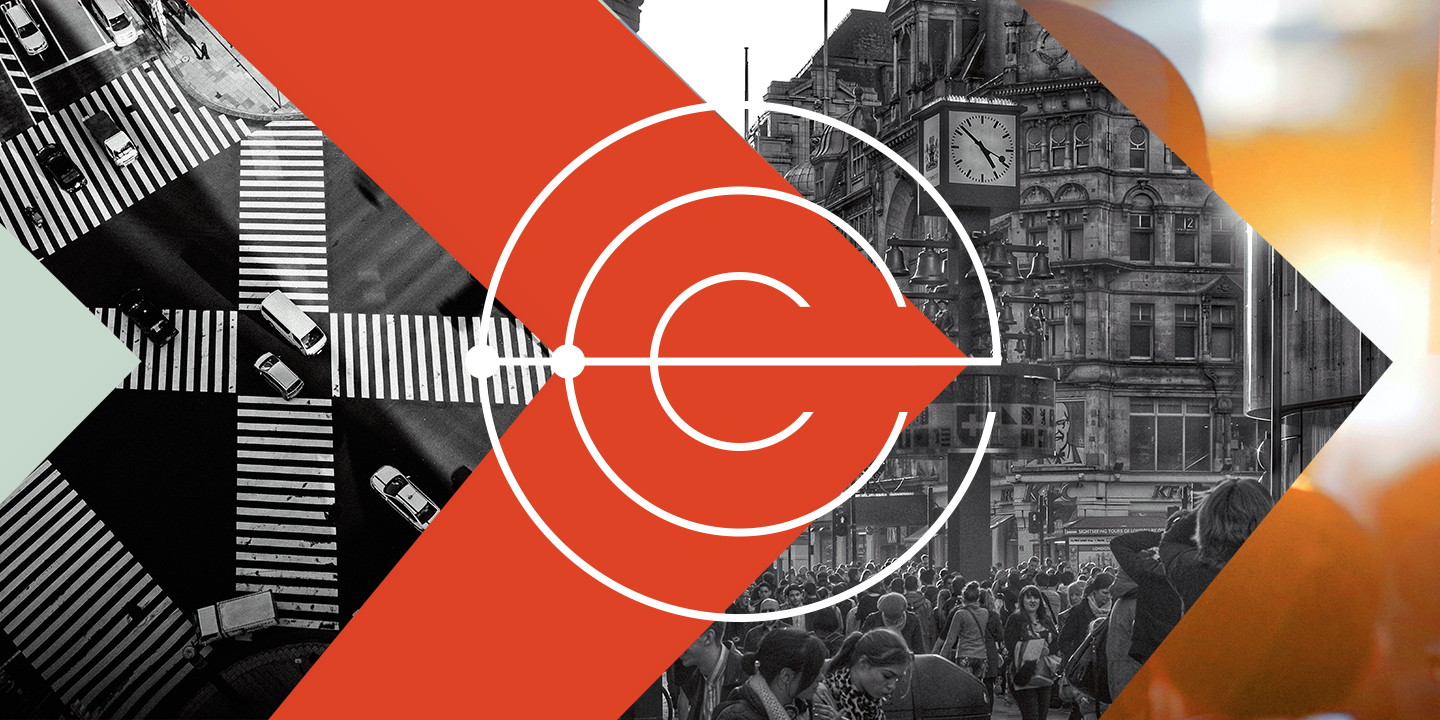 Funding for the Electric Coin Company’s work on Zcash R&D, engineering, global adoption, audits, trademark protections and regulatory relations will end with the Founder’s Reward in October 2020. There is much more left to do. We’re all in on ZEC, and we’re available for hire.

The Electric Coin Company (ECC) is the entity that invented, evolves and supports the Zcash protocol, and we continue to drive adoption of the currency with third parties around the world.

The Zcash project was announced in January 2016 and launched in October, later that year. Early investors and other stakeholders were promised 10% of the total Zcash supply in exchange for $3M of seed funding, time and expertise needed to launch Zcash. This 10% was called the “Founder’s Reward.” The explanation of the funding model is available here.

The 10% of coins were included within the protocol consensus rules. The full distribution of the Founder’s Reward was scheduled for the first four years, which meant that 20% of the mining rewards would be distributed during that time period based on the Zcash emission schedule. During those four years, 4.2% of the mining rewards were committed to fund a Strategic Reserve for the ongoing development and support of the protocol by the Electric Coin Company. Zooko recently summarized the structure and history in a twitter thread.

The funds received by the company have been used to fund R&D, engineering, global adoption, audits, trademark protections and regulatory relations. The funding has resulted in cryptographic breakthroughs, helped garner broad third-party support among the most respected projects and industry leaders, and has ensured the safety of Zcash users. A list of many ECC accomplishments was recently published.

In order to accomplish these outcomes, the company increased its spend to approximately $880k per month in early 2019. More information on Electric Coin Company’s finances, stewardship of funds and related outcomes is available in our Transparency Report.

During crypto winter, the company severely restricted its spending but operated at a loss of $330k per month. By the end of 2018, its reserves were down to approximately $4M. By the time of Zcon1, ECC reserves were down to $3.35M. In order to ensure the health of ECC and Zcash, the recipients of the Founder’s Reward agreed to a dilution and allocated additional funds to ECC. This increased the company’s allocation of the Founder’s Reward to approximately 8% through October 2020. This dilution took effect June 2019.

All In on ZEC

The Founder’s Rewards terminates in October 2020. As a result, the Electric Coin Company will no longer receive any funding. But we at the company believe that our work is not yet complete. We must continue.

We weighed various options on how best to move forward considering the state of the project, Zcash adoption, our contribution and unique skills, the maturity of the Zcash Foundation, possible funding sources, and incentive alignment with various scenarios. Zooko presented three scenarios in his keynote at Zcon1 last month:

We decided to go “All in on ZEC.” This means that we’re growing the team, investing in R&D and more engineering, marketing activities to drive adoption, expanding our engagement in Asia and more deeply engaging in regulatory activities. Our budgeted spend per month will increase to $1.1M over time.

Going “all in” is both necessary and a bet on the community. Based on our current reserves and 8% allocation, the company has approximately 24 months of runway, or about 8 months beyond the end of funding, until the company is without reserves or income, and cannot meet any financial obligations. And so we’re betting that the community will support our efforts through additional funding.

The Electric Coin Company is Available for Hire

As we’re “All in on ZEC,” the company is not pursuing other funding mechanisms at this time. If the company’s reserves — including USD, ZEC and anticipated receipt of ZEC — dip below what is needed to sustain the company for 12 months at a $1.1M per month run rate, we will consider all options, including a pivot to something else.

But we don’t want to pivot to something else.

Though there are other potential projects that may wish to hire ECC, or different software we might build, our first choice would be to work for you — the Zcash community.

What We Would Do With Funding

We plan to scale Zcash and its adoption. If Zcash is for everyone, it must scale to everyone.

We intend to find a solution for and implement horizontal scaling. Nathan outlined considerations for Scaling to 10 Billion at Zcon1. ECC cryptographer Daira Hopwood proposed one possible approach. At the same time, other teams and individuals are contributing to improve the base Zcash consensus protocol and are bringing their own substantial additions, including Layer 2 payment channels via BOLT and cross-chain interoperability support via Flyclient.

We need to continually drive adoption. Currently, that means driving the adoption of shielded addresses with top-tier wallets and exchanges. In the months and years ahead, it will increasingly include mainstream platform and commerce providers, across use cases we haven’t yet envisioned.

We also need to keep the network secure through the use of audits, pursue further decentralization of governance, and work with regulators and the public to shift the privacy narrative.

We aren’t building an app or a website. We aren’t building a simple derivative token. We are setting industry standards for cryptography, security and engineering while bringing economic freedom to 7.5 billion people — and 10 billion tomorrow. We are uniquely qualified to do this work.

Funding protocol R&D from issuance over time aligns developer incentives with currency holders. A network without built-in funding is beholden to whichever dominant commercial interests can afford development in their own interests. Miners also benefit from non-mining efforts, which ensure the long-term health of the project and increase public trust and engagement.

The funds needed to scale, evolve and support a sophisticated technology at a global scale, and supporting a currency with a $550M market cap — where there is significant resistance by powerful and entrenched parties — requires more than is available to any party. We do not believe that funding should be less than what is available today.

Who Decides How Funds are Allocated?

Various options have surfaced for both short- and long-term fund governance. In the short-term, we are advocating for a coarse-grained allocation of funds.

A fine-grained allocation of funds can be expressed as: “We will build x function for $y in z weeks.” It is how small projects are funded. The current situation across various fronts is complex and includes the economic policy of nation states, novel cryptography, limited product market fit, poor user experience and lack of regulatory clarity. Fine-grained estimates ignore these complexities. Fine-grained allocations also presume that the talent necessary have the personal financial risk tolerance for a fine-grained fund allocation.

We believe at least four years is reasonable for attracting and retaining the talent needed and to accomplish horizontal scalability, work toward broad interoperability and drive this next phase of adoption to the early majority. The funding level must be at least equivalent to what is available now, recognizing that it is likely increasingly insufficient due to the competition for top talent, fiat inflation, technical risks, and the increasing complexity of the industry due to global adoption and intervention by state actors. ECC is committed to continuing its efforts toward improving governance and accountability of protocol development incrementally.

We have been looking to the Zcash Foundation to provide its position and process for determining community sentiment for a new development fund. It has committed to “release a detailed evaluation of community proposals for sustainable Zcash development,” no later than August 6, 2019.

ECC will release assessments of each proposal submitted to the Zcash Community site. We will first work with authors or champions on these proposals in order to formalize them into PreZips (pre Zcash Improvement Proposals) and ensure they reflect the author’s intent. Proposals might include non-funding mandates, such as Aristarchus’ mandate for a voting mechanism.

Each PreZip must have a champion who is the author and/or someone willing to advocate for the proposal. The ECC will then draft assessments of each PreZip that will include how its adoption would impact ECC funding, how we believe it would impact the Zcash project, and how the company would likely respond if such proposal was adopted by the community. We are likely to advocate for proposals which would allow ECC (or another organization in its place) to continue the kind of ambitious, strategic and integrated operations that we’ve demonstrated in the first years of Zcash.

We asked that all PreZip proposals be submitted and ready for review by August 16th, 2019. ECC will publish PreZip assessments by August 26th.

We may also research community sentiment of these proposals through one or more mechanisms that may include surveys or other types of signaling. The outcomes of any research conducted will be shared with the community.

We’re all in. The future of Zcash is all we think about. We’re a team brimming with world-class talent. We’re available for hire.