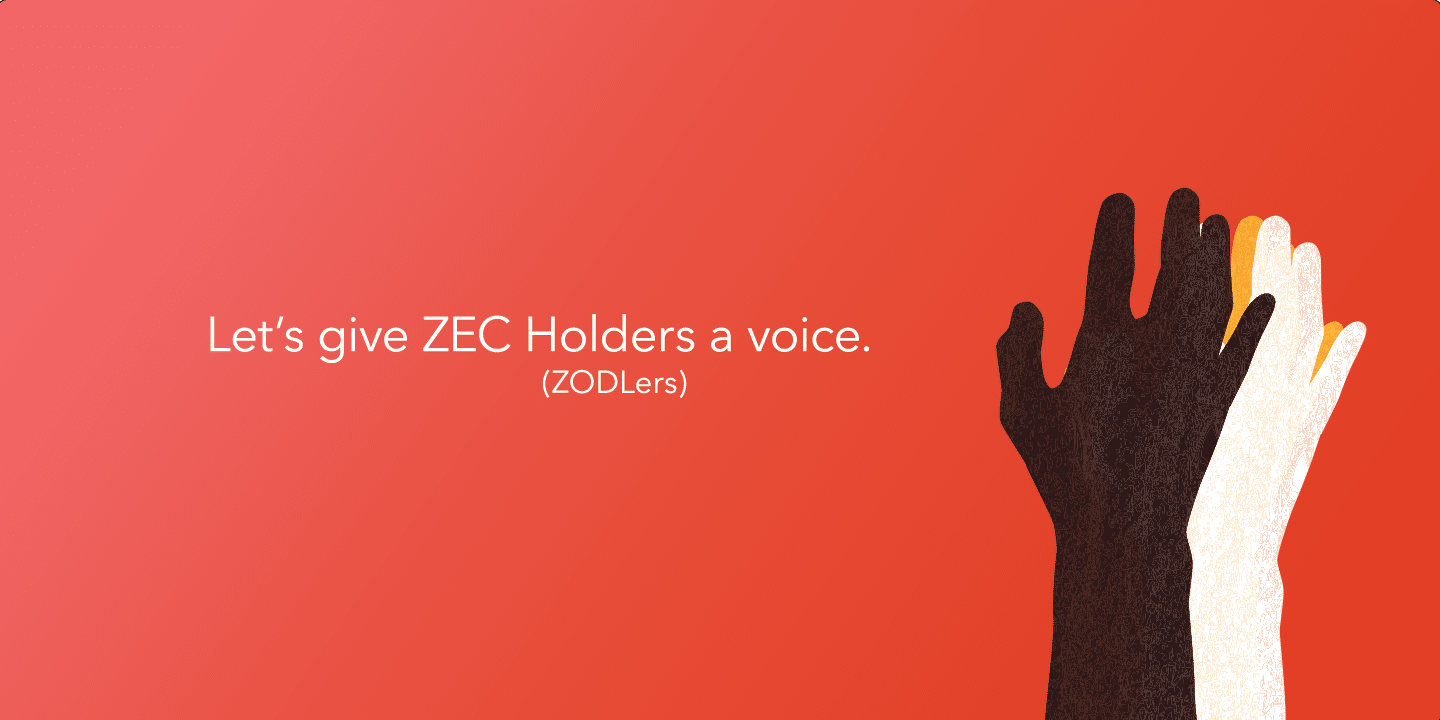 It’s time for the next step in Zcash governance.

As Zcash governance progressively decentralizes, creating a mechanism where ZEC holders, aka ZODLers, can voice their sentiment on chain is a valuable and worthy endeavor.

ECC will facilitate a non-binding, coin-weighted ZEC holder poll ahead of NU5 activation to gather sentiment regarding the development priorities for Zcash and Chris Burniske’s proposal to amend ZIP 1014.

The purpose of this poll is to gather opinions from ZEC holders in addition to sentiment gathered by the ZCAP poll. The ZCAP is a group of community members whose membership and polling is curated and managed by the Zcash Foundation. This coin-weighted surveying mechanism, stewarded by ECC, will be open to anyone that holds ZEC.

In this post, we outline our reasoning, proposed poll questions and how to get involved.

The Zcash community is widely recognized for its successful governance system, as evidenced by seven years of consistent and ambitious consensus protocol upgrades.

As Zcash continues to improve and as adoption expands, mechanisms for engaging the community, particularly coin holders, should improve, as well. If we look beyond Zcash into the broader crypto ecosystem, on-chain governance mechanisms are increasing in popularity and may soon be the norm.

Currently, our primary methods for determining coin holder sentiment are rudimentary: coarse market data, such as sell-vs-buy pressure, on-chain metrics, chain splits and surveying of community members.  Many of these signals crop up after important decisions are made.

Collecting community input is a critical part of Zcash governance. In fact, it is written into the trademark agreement between Zcash Foundation and ECC. In an ideal world, we would be able to gather ZODLers’ sentiment along with other forms of community sentiment in order to inform governance decisions and even to guide product strategy and direction.

We have the opportunity to improve upon an already impressive Zcash governance model by finding ways to poll ZEC coin holders. We won’t come up with the perfect solution overnight; instead, we should endeavor to collectively build and iterate highly usable and safe tools for coin-weighted polling. We recommend a crawl, walk, run approach.

Previous community discussions have raised important and legitimate concerns related to Zcash-holder polling. We believe the benefits outweigh potential risks, and one of the best ways to mitigate these risks is through this crawl, walk, run approach.

Ultimately, ECC envisions a future where ZEC holders could signal preferences and sentiment directly from their wallet. We encourage the community to dream big. Could ZEC holders form a DAO which manages a Dev Fund treasury? Should ZEC holder voting be used to select Dev Fund recipients or top-level budgets? Could ZEC holder signaling become a prerequisite for activating protocol features?

Coin-weighted polling mechanisms must be a collective endeavor. Not only will this effort benefit from diverse perspectives, but there is also a deeper need for Zcash governance, operations, and development to exist beyond ECC, ZF and ZOMG. This initiative, to elevate the voices of ZEC holders, is a great place to start.

To be clear, our perspective is that this poll should be non-binding, just as ZCAP polls are non-binding.

Here’s how to get involved:

There’s no time like the present. The sooner the Zcash community starts on this project in earnest, the sooner we can identify challenges and risks in the implementations, work through them, and start hearing from ZEC holders directly.