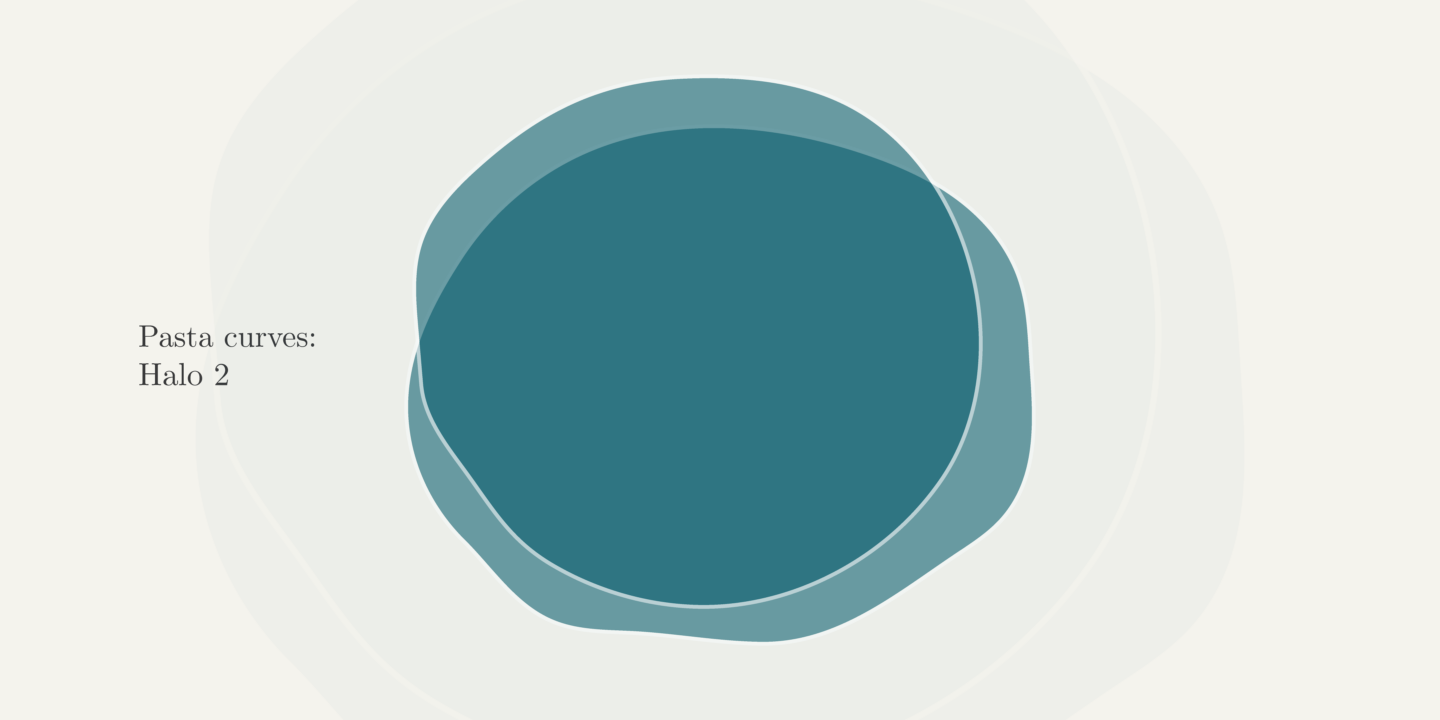 One of the most enjoyable things we do at ECC is working on cutting-edge cryptography. In our continued effort to ensure that Zcash benefits as much as possible from groundbreaking crypto innovations, part of what we do is to design our own cryptographic constructs to improve performance and security. For the Halo 2 project, we have designed a new cycle of elliptic curves, Pallas and Vesta, which we collectively refer to as the Pasta curves.

Using the same elliptic curves as other projects is helpful in numerous ways. As an example, the pairing-friendly curve BLS12-381 that we designed for Sapling is now a de facto standard in the cryptocurrency world, being deployed in fundamental components of protocols such as Ethereum 2. This has allowed us to benefit from other projects’ research and development in BLS12-381, and it has increased the opportunities for cross-platform interoperability.

Since we originally presented the Tweedle cycle of curves in the Halo paper, we’ve had time to learn more about which engineering and cryptographic properties are useful (particularly the low-degree isogeny and 2-adicity tweaks described below). We invite projects that plan to deploy protocols using ideas from Halo to employ the same curve cycle, so that we can collectively benefit from shared analysis and engineering effort.

Like the Tweedle curves, the Pasta curves form a cycle with one another: the order of each curve is exactly the base field of the other. This property is critical to the efficiency of recursive proof systems. They are designed to be highly 2-adic, meaning that a large power-of-two multiplicative subgroup exists in each field. This is important for the performance of polynomial arithmetic over their scalar fields and is essential for protocols similar to PLONK.

Several other criteria are meant to ensure that the curves perform well and have nice symmetries:

These curves can be reproducibly obtained using a curve search utility we’ve published. The tool uses various techniques to quickly search the large space of elliptic curves for a pair that satisfies our performance and security goals. For the Tweedle curves we also ensured that the quadratic twist security for both curves was high; this criterion has been dropped for the Pasta curves because it was only defence-in-depth (for curve formulae that we do not recommend using) and was too strict of a requirement that precluded other more important design considerations.

An unpublished 1805 work of Carl Friedrich Gauss connects 2 Pallas to the Halo proof system: Gauss developed a method of computing discrete Fourier transforms, which are used in Halo, partly to track the orbit of this minor planet. His method was very similar to the one published in 1965 by James Cooley and John Tukey, who are generally credited for the invention of the modern generic FFT algorithm.

In Greek mythology, Pallas (or Pallas Athena) is a goddess associated with wisdom, handicraft, and warfare, while Vesta is a goddess of the hearth, home, and family. In the original Temple of Vesta in Rome stood the Palladium, a statue of Pallas Athena. The sacred fire of Vesta and the Palladium were both held to be symbols of the safety and prosperity of Rome — just as we aim for these curves to provide a foundation for the future security of the Zcash protocol.

Pallas Athena and Vesta have another connection to Halo: they are the names of Artificial Intelligences in the universe of the Halo video games.